Opinion: Austin will have a brighter future with better transit 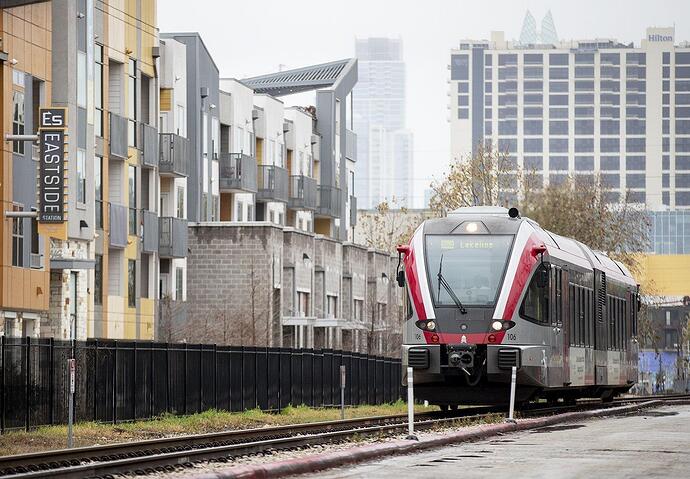 Opinion: Austin will have a brighter future with better transit

Like all major cities across the county, Austin is facing enormous challenges: racial injustice, a pandemic and record high unemployment. In addition,

Opinion: Austin will have a brighter future with better transit
By Wade Cooper

Like all major cities across the county, Austin is facing enormous challenges: racial injustice, a pandemic and record high unemployment. In addition, concerns such as affordability, inequity, increasing air pollution and congestion have accompanied the rapid growth of our region.

An investment in public transit can help Austin address its challenges.

Capital Metro has a community-led, bold transit system plan ready for investment, and it is called Project Connect.

Project Connect is a high-capacity, regionally connected system that will help ease Austin’s notoriously bad traffic and reduce our air pollution and carbon footprint. It will serve as a critical equitable investment, providing more transportation options for our residents, giving everyone greater access to education, health care and better paying jobs. To top it off, it will create thousands of good jobs at a time when we need them the most.

On June 10, the Austin City Council and Capital Metro Board of Directors unanimously approved this plan. As a community, we still have decisions to make about how we bring Project Connect to life — and how we pay for it.

The investment would create:

‒ Four new rail lines, with light rail on the Orange, Blue and Gold lines and commuter rail on the Green line connecting riders to major corridors including the University of Texas, downtown, the airport, South Congress and Riverside; plus Red Line improvements, including a new McKalla Station at the Austin FC Stadium and more frequent trains

‒ 15 new, faster bus routes that stretch across the city

With the federal government expected to cover 45 percent of the $9.8 billion Project Connect plan, Capital Metro is partnering with the city of Austin on a framework to support the local investment. That could take the form of a property tax increase that would require voters’ approval in November. If we move forward with every element within the Project Connect system plan, Austin homeowners would see their total property tax bill increase by about 5 percent, or about $360 a year for the owner of the median $325,000 Austin home.

As board chair for Capital Metro for the past six years, I have watched the positive transformation of our city’s 35-year-old transit agency. Since the start of the coronavirus pandemic, Capital Metro has made more than 2.5 million essential trips, helping workers get to their jobs at hospitals, hospice centers, grocery stores, drugstores and agencies providing emergency response services.

Capital Metro also teamed-up with H-E-B and the Capital Area Food Bank to become one of the first agencies in the country to deliver meals to those most at-risk during the pandemic. To date, more than 385,000 meals have been delivered across the city to our most vulnerable residents.

The pandemic has highlighted the critical role Capital Metro serves in our community. We also saw how a 2018 realignment of our bus network substantially improved service for minority and low-income individuals, increasing access to high-frequency bus service for underserved communities by 50 percent. Imagine how much more can be accomplished with more and better transit options.

As we work together to address the many tough challenges before us, Austin’s economy and unique vitality will inevitably bounce back. It is imperative that we equitably and sustainably plan for our future to preserve the special place we all call home.

Cooper is the chairman of the Capital Metro Transit Authority Board.