I hope Amazon makes Austin its HQ2 because maybe then a monorail has a chance. 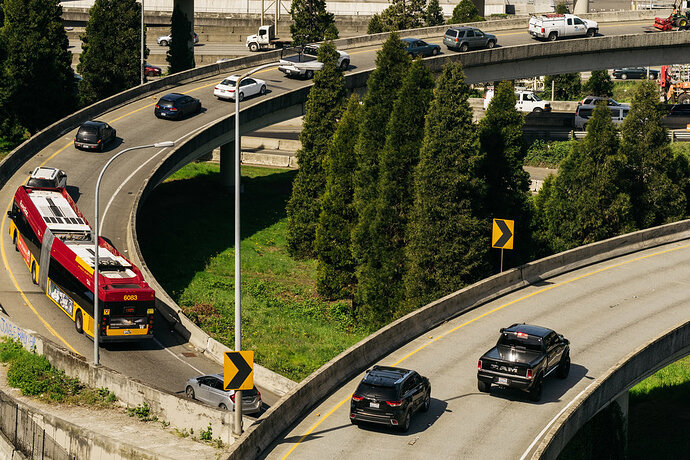 One Goal of Amazon’s HQ2: Learn the Lessons of Seattle (Published 2018)

Amazon has surprised officials in cities vying for the company’s new headquarters by asking how to avoid soaring housing costs and paralyzing traffic. 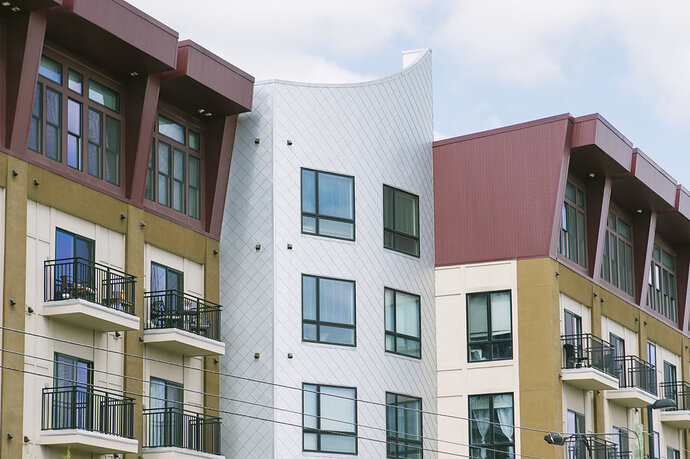 What Amazon’s New Headquarters Could Mean for Rents (Published 2018)

Winning the contest could mean a steeper increase in local housing costs over the next decade, a study finds. Nashville is already contemplating the impact.

Have they specified the breakdown of roles they’ll be hiring for HQ2? Wondering how much can be automated over time.

Good question. I haven’t heard anything about the composition of potentially 50k employees. It would be good to get unskilled jobs because Austin has an overabundance of unskilled labor. San Marcos agot the distribution center where I would think most unskilled jobs will be located. HQ2 seems to indicate admin work. But 50k is an awful lot of admin so there must be a lot more to it.

As a reminder, the whole point of HQ2 is to incentivize fresh-out-of-school programmers to pick Amazon instead of a Silicon Valley startup, hence the reason Amazon is looking at “cool” cities like Austin despite them missing out on certain traits (e.g. a non-dysfunctional public transit network, in Austin’s case). The jobs will be highly skilled, in other words, and unlikely to be replaced with robots. The average pay at first is supposed to be around $100K/employee, per Amazon, and it’s not like they’ll have a full 50K people working wherever HQ2 ends up as soon as it opens up the doors. They’ll presumably open the campus over the course of several years, as it gets fully built-out.

And sorry, Rod, but we’re as unlikely to get a monorail as we are for CodeNEXT to be put to a ballot referendum or for REL Rd. to be renamed (again) because old white dudes don’t like it being named for a woman of color – never mind the inconvenient truth that Zilker still has some catching-up to do in terms of making up for Barton Springs being whites-only for so many decades.

Afraid I have to side with Amazon on this one:

Amazon is providing a dramatic display of what may happen if city officials continue blaming large companies for the city’s inability to adequately plan for growth or address the homeless crisis, despite huge increases in public spending on the latter.

It’s patently absurd to blame any private-sector company for a city’s failure to address its own decades-long homeless problem. And as a reminder, the Seattle area has been a tech center for nearly 40 years now, thanks to Microsoft being located in a nearby suburb.

Further, a number of other large cities – none of which house the HQ of a company as large as Amazon – have substantially worse homelessness-related issues, with L.A. and San Francisco topping the list. The biggest factors in both cases are the widely acknowledged housing shortages endemic throughout the two regions, coupled with a lack of rent stabilization methods.

Finally, what does any of this have to do with Austin? Assuming Amazon picks Austin for HQ2, its total employee count will comprise only 5% of Austin’s anticipated population growth by 2030 (over 1MM people). 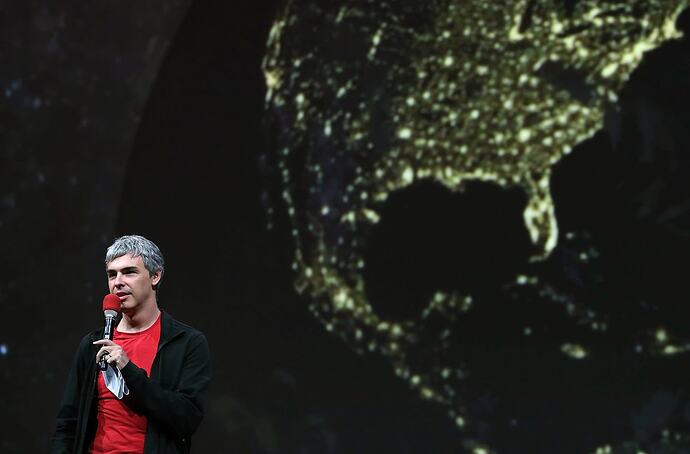 Here's how median salaries differ across the tech industry.

JP, don’t you think that’s (more than) a little misleading? Amazon is by far the most mature company of the bunch. It went public over 20 years now, so unlike Facebook and its ilk, none of its employees are making much from stock options that vest. I know Google’s relatively old as well, but the difference there is that it hires best-of-the-best engineers and programmers, given the amount of tech they’re working on that’s waaaaaaaay far ahead of what everyone else is doing. (Just to cite one example: they have a full decade’s head start on Uber and everyone else gunning for the autonomous vehicle market.) Hiring that kind of engineering brainpower doesn’t come cheap!

As for Facebook, it has the advantage (to prospective hires) of both hiring top-notch engineers and still being young enough to dole out stock options worth significant amounts of money, though admittedly the days of any FB hire being guaranteed an eight-figure stock windfall are long gone. Finally, the fishiest part of that chart is Tesla’s supposed median pay: how on earth is it only $54K a year?? Even assembly-line grunts at Chevy and Ford make more than that! And since it’s the median, that means half of Tesla employees make even less than that!

Im not sure what the purpose of that graph even is other than to demonize facebook, or amazon, or both, its unclear.

The median (As in the middle employee if you sorted by salary) amazon employee makes less than the median facebook employee; so what?
Facebook doesn’t need an army of low skill employees to pick up the phones when people call, answer emails, put things in boxes etc. That means that Facebook has a few people with relative low skill jobs and the median one is likely a very talented engineer.

A more useful graph would separate the pay scales by job function, but then it wouldnt cause any drama and whats the fun in that?

That’s funny. I had the opposite view. In many ways unskilled “normal” paying jobs are very healthy for the economy as a whole. So I actually took it as somewhat pro Amazon even though I realize that wasn’t the intent of the author.

I am not saying that unskilled jobs are bad or good or preferable, I’m just saying the graph is not providing any useful information about the companies or that could be used to judge them. I very strongly dislike 1-dimensional info-graphs that claim to tell a story about a thing purely based on some well-chosen ultra-specific metric taken out of context.

With that said, if Amazon were to stick a giant warehouse with 1000 new low skill warehouse jobs in the middle of 78704, that would do nothing to make 78704 affordable. There are already 1000s of unskilled jobs in central Austin held by people who have to commute in from more affordable areas. There is a reason the warehouse is in San Marcos and not in central Austin or San Antonio, they were able to get cheap land and cheap labor there as people preferred not to commute into more expensive areas. I just cant conceive a singular legal maneuver that any city or company could do that would all of a sudden turn central Austin affordable.

deeper analytics would certainly be nice. It also makes you wonder if whole foods employees made the cut. And dropping 1000 low skilled jobs in the middle of '04 would only impact housing if it was coupled with massive residential developments and infrastructure. Something which Amazon said it is interested in building, for what it is worth.

All good points, Isaac. Amazon may be a tech company by virtue of the fact that its commerce takes place online, but in most other ways it’s more akin to a huge retailer like Walmart. As such it logically has significantly fewer high-paid tech workers than Google, where they likely comprise a majority of their employee base. Moreover, I doubt Amazon’s spending much on tech R&D these days (and certainly not much compared to the likes of Google), since it already has a best-in-class e-commerce platform.

All that said, I’m pretty sure Amazon’s distribution center workers and CSRs are contractors, so I don’t know if they’re included in any “employee count” since they’re not technically employees. Still, Amazon has thousands of white-collar administrative positions (as in salaried ones) that presumably pay much less than ones requiring technical skill.

I found a better answer: 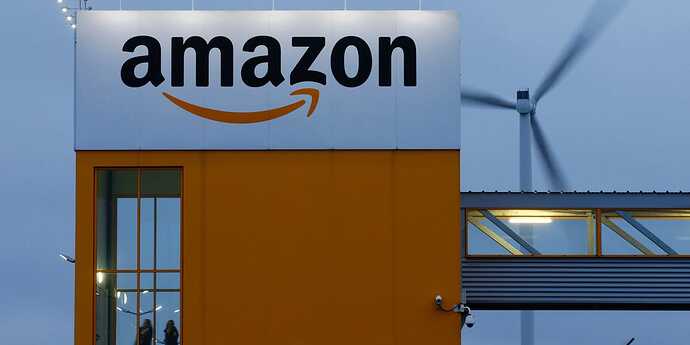 Amazon has promised that HQ2 will bring more than 50,000 high-paying jobs across New York City and Arlington, Virginia.

One fo the interesting things about Amazon and Jeff Bezos is that he isnt happy to just be an online retailer and he continuisly re-invests all profits into R&D on future products.

At this point, from a revenue standpoint, the online retail is not even close to the majority of profit for Amazon. AWS, their cloud compute platform, literally runs all of the netflix back end along with the backends of a huge percentage of other not small companies. They are also developing their own world class robotics for their factories, server farm architecture, Artifical intelligence platforms, and who knows what other things that arent publicly disclosed. I guess what Im saying is dont think of Amazon as any less high tech than Apple or Google just because your primary interaction with them is their web store, there is so much more going on at that company that just isnt consumer facing.

You beat me to it, but I was going to chime in and say that Amazon spent something like $22B on R&D last year, which is more than any of the other tech companies (maybe more than any company?) and more than double what Microsoft spent. More than half of their operating income comes from AWS.

It may not be relevant, but maybe it is, that Bezos is also a space cadet.

Jeff Bezos, the richest person in the world, thinks it's possible to blow...

Amazon CEO and founder Jeff Bezos is the richest person in the world, with a fortune worth $131 billion, but he finds the work he does for Blue Origin more important. Every year, Bezos liquidates $1 billion to invest in the space travel program with...

Find the center of US spaceflight development: 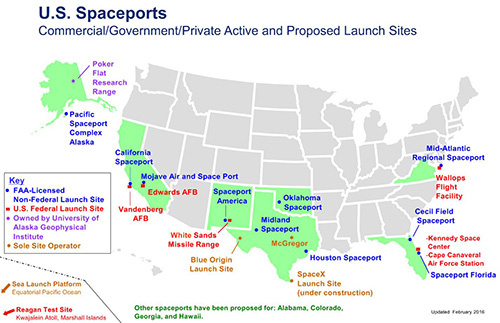