If you haven’t lived in South Austin long, you may be unaware of the fact that this part of town had an identity of its own. I use past tense because there has been a successful concerted effort by political interests to destroy that identity. It was the identity that made Austin what it was. It’s gone. Now we’re going to be something totally different. We can’t stop it because it’s not in our control.

The key development in the total destruction of old South Austin is the 10-1 district system, not because it inherently killed South Austin, but because it enabled the creation of gerrymandered districts that could achieve that end. It may have been unintentional, as we know that the road to hell is paved with good intentions. But it happened just the same.

I’ve said it before but it bears repeating - 78704 had an identity. It was a well-defined district. It was the central southside of Austin where we have a number of common interests based on our location relative to downtown, the ages of our neighborhoods and infrastructure and the compostion of the population. These commonalities were completely ignored, possibly intentionally, by those who drew the district lines AFTER 10/1 was pushed through by certain people with their own agenda.

Please just take a look at the district map: 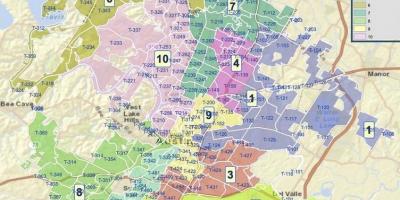 We were already the runt of the litter. Everyone knew North Austin & East Austin were served first when the dinner bell rang. But we had the environment. We had the vibe. We were the real Austin. The one that wasn’t Dallas. The one that wasn’t Houston. The one that wasn’t 183-ville. At least we had one Councilmember to represent us. And if we didn’t have that one’s support on an issue, we could go to any of the others that we got to vote for in the general election. They took all those votes away from us and convinced people that it was more democratic! That’s what I call a successful propaganda campaign.

Now, people from all over town are deciding what THEY will do with South Austin. I’m not necessarily onboard with Bouldin preservationists but hey, where’s the MLB stadium I planned for the American-Statesman site?: 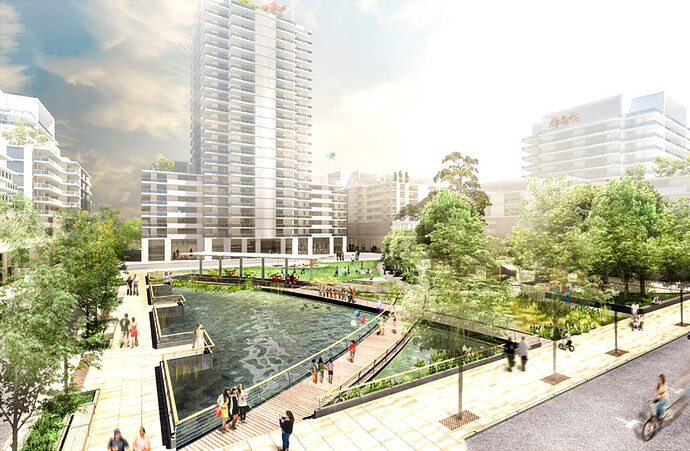 Updated: May 24, 2018* City of Austin Principal Planner Alan Holt recently gave the Design Commission an update on the South Central Waterfront Vision Framework Plan, with an eye toward how to impl…

I agree. 78704 should have been its own district. I think they did it this way as they wanted to make sure there was shared interest. But it was not a good idea.

I think they did it this way as they wanted to make sure there was shared interest. But it was not a good idea.

Shared interests is exactly what they didn’t consider. I think they did it based on identity politics. They deliberately ignored the more important factors that made 78704 a community. By so doing, they destroyed the community. And when Kitchen says she listened to the community on the name change, she meant she listened to one East Austin politician. Not one of the many name suggestions that were floated by property owners was for the name she shoved down our throats. These Councilmenbers don’t evem understand the meaning of community. They’re self-absorbed elitists. It seems to have worked great for the many Realtors and others in the development community. We’re #1!:
https://www.bizjournals.com/austin/news/2018/05/18/central-texas-hottest-neighborhoods-new-ranking.html

While I, too, think South Austin should’ve been encompassed in a single district, I think it’s silly to blame all of its problems on the 10-1 changeover. The massive changes to the area’s “Keep Austin Weird” vibe had already been underway for a decade before the Council reconfiguration.

I don’t think there’s any single cause behind it, but one is certainly the inordinate amount of national media attention Austin’s received as a “hipster paradise” — and for that you can blame everyone and everything from Hotel San Jose owner Liz Lambert to First Thursdays to South Austin’s formerly lower cost of living compared to Central Austin to one of Rod’s favorite punching bags, the ACL Festival. Despite most of the hipsters having now been priced out of the area, its status as a Mecca for liberal, upwardly mobile creative types (and others) is pretty much etched in stone at this point.

Will South Austin somehow return to its roots? Possibly: you’d be surprised how many people are “over” the area. Many have moved on to more newly hip areas like the North Loop / Burnet / N. Lamar corridor. We’ll just have to wait and see. (Except you, Rod. You should probably move instead of spending all your spare time bitching and moaning about ACL, street name changes and fictional “food deserts.”)

Good points @jeffkirk - when I was growing up South Austin was fondly referred to as bubba land!