After all the controversy over REL, and the many renaming ideas that were floated by area residents, Ann Kitchen has come up with what I think is the worst possible idea ever and started the formal renaming process to appease the vandals and vocal supporters of vandalism to sanitize history. I swear Kitchen is the worst representative for South Austin I can remember. This just confirms it. 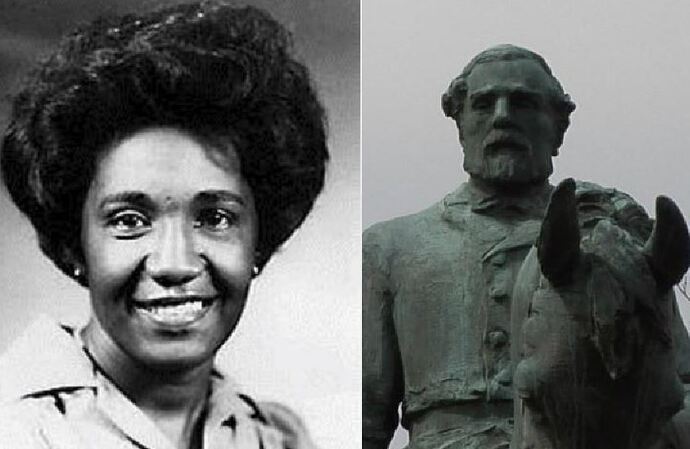 She ignored all the suggestions to come up with a relatively unknown black female bureaucrat. I guess this plays to the current identity politics being used to divide the populace. I had suggested three different names: John Brown, Frederick Douglas and William Lloyd Garrison. My fave is John Brown. Other popular choices included Charles Umlauf, Molly Ivins & Robert Plant. Any of these would be preferable. Or how about South Austinite Stevie Ray Vaughn or Willie Nelson. Or how about something relatively benign like Parkside?

No, Kitchen doesn’t want to honor somebody we might recognize. She meets the important criterion for being honored here - She was black. Kitchen ignores all suggestions from her constituents. She wants to heal the wounds of racism by assigning a name nobody knows to a major feeder into a neighborhood that’s like 99% white with the name of a black bureaucrat. I’m sure that’ll work. If anyone wants to know who that person is, I guess I’ll just tell them she was a black bureaucrat because we honor black bureaucrats in these parts.

I like the idea of Stevie. Also Robert Redford spent his youth swimming in Barton Springs. If you are going for a black female what about the amazing Barbara Jordan? I agree. Good intention poor execution.

Rod! Long time, no troll! That outburst must’ve been building up for quite a while! Anyhoo, I happen to agree with you on the name: I was hoping for REL to be renamed after Molly Ivins. That said, I may not have previously heard of Azie Taylor Morton, but being named the first black female U.S. Treasurer is admittedly a high honor. (THAT said, “Azie Taylor Morton” is a bit of a mouthful, so I hope ATD decides to go with an abbreviated version of it, e.g. “A.T. Morton” or even “Azie St.”

JP, we already have a street named after Barbara Jordan in Mueller – which also happens to have all of its streets named after various Austin luminaries. (Befitting Jordan’s stature, Mueller’s main avenue is named in her honor.) It also already has a Vaughan Street, though for some reason the Stevie Ray part was excluded. As for others: my mom happens to live there on Threadgill Drive, for example, which intersects with Zach Scott Drive, Emma Long Street, Tom Miller Street and Antone Street (among others). I assume Mueller’s streets inadvertently culled the list of potential names by a considerable margin.