We’ve been asked to take a position on the I35 rebuild. Below is some information to consider. If you all are interested, let me know and I can put this up for a vote.

Rethink35 is a grassroots campaign to transform I-35 through Austin into a boulevard with wide sidewalks, protected bicycle lanes, dedicated space for buses and regional trains, local businesses, and 100% affordable housing. The project is getting increasing media attention and was recently mentioned in a City Council resolution urging TxDOT to consider meaningful alternatives to a highway expansion.

The Rethink35 team would be grateful for a Friends of Zilker member vote to consider formally supporting Rethink35. Your support would make a big difference in making this campaign successful.

I’d like to know more.
I tried logging onto the site but it said my email address was already taken so I asked to reset my password and it said this email address is not on the list so I don’t know what’s happening.

What would you like to know? Their site is a one page info site at https://www.rethink35.com/ happy to see if they could answer some questions.

Also, if you’re having problems logging into this site (zilkerlist.org) let me know and I’ll see if I can help.

@jimmy it looks like a sensible group that has an ultimate goal of expanding capacity on I-35 while not further dividing Austin with a massive freeway.

The complete disregard for the fact that I-35 is one of the most travelled corridors in the country that continuously travels from Central America (south of Mexico) up I to Canada on their plan is a bit problematic to me.

Routing 35 around Austin without a toll could be useful but they have completely just avoided the issue as though 35 is not used for anything but local traffic. Also the statement said that people will just quit using cars when they can’t anymore is magical thinking.

They bring up good points and issues but the their solution is less realistic than the ever present gondola proposal.

A possible compromise is something like what Dallas did over Woodall Rogers. 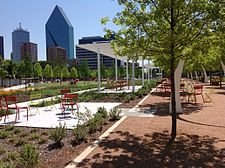 Klyde Warren Park is a 5.2-acre (2.1 ha) public park in Downtown Dallas, Texas. The park is over the Woodall Rodgers Freeway, and opened in 2012. It is named for Klyde Warren, the young son of billionaire Kelcy Warren who donated $10 million to the development of the park. The urban park is open to the public, but is operated by the private Woodall Rodgers Park Foundation. Unlike other public parks within the city, Klyde Warren Park has operating hours from 6am to 11pm. The park is constructed ...

I’m not sure how sound their data is, but their Boulevard proposal does seem to double the capacity of cars. There is already a bypass - Texas 130. The entire idea of it was to offload traffic from I-35 but the trucks don’t want to pay the tolls. Should of made it free for trucks.

The way to get around that is by forcing the trucks to pay heavy duties at the weigh stations north and south of the city. Even if you don’t offer free tolls on 130 (which they should for trucks), as long as the duties imposed by the weigh station are high enough, the 130 option will alleviate a lot of truck traffic. Why simple solutions are ignored, I just can’t understand. This city likes to complicate everything.

I’m not opposed to the capping idea like they did in Dallas. But I think there are other priorities at the moment. (For example, if we don’t solve the homeless plague, any park over I-35 will just be an expensive homeless refuge.) 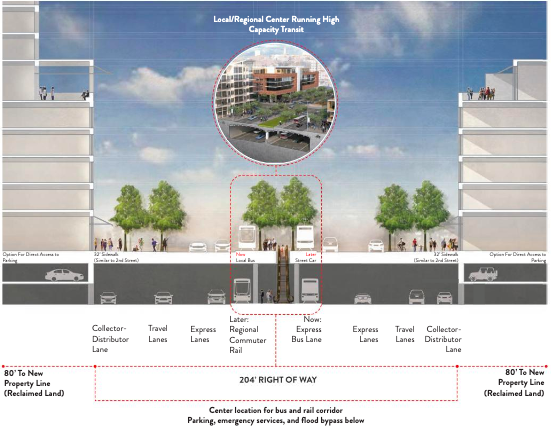 There’s a much better I-35 expansion that should unite urbanists and road warriors.