And Austin. And Pease Park.

Known as both the “father of Texas” and the namesake of the state’s capital, Stephen F. Austin carved out the early outlines of Texas among his many accomplishments. He also opposed an attempt by Mexico to ban slavery in the province of Tejas and said if slaves were freed, they would turn into “vagabonds, a nuisance and a menace.”

For that reason, the city of Austin’s Equity Office suggested renaming the city in a report about existing Confederate monuments that was published this week.

Also on the list of locales to possibly be renamed: Pease Park, the Bouldin Creek neighborhood, Barton Springs and 10 streets named for William Barton, the “Daniel Boone of Texas,” who was a slave owner. 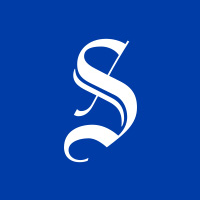 Known as both the “father of Texas” and the namesake of the state’s capital, Stephen F. Austin carved out the early outlines of Texas

Your thread is actually checking the body of my post - asking if I’m writing a complete sentence: annoying. All I would like to write in response is: No.

I’m afraid I don’t follow. Is the thread causing a problem with your email client?

and they win… what the hell is going on around here?!?

No, sorry I wasn’t clear. The thread wouldn’t let me post a one word response…

Got it. And I agree: renaming REL is one thing, but renaming every street or area with even a vague connection to slavery or some other awful 19th-century norm is more than a bit much. Also, the Statesman article didn’t even touch on all the “Bartons” besides street names that would have to go: Barton Springs; Barton Creek; the Barton Creek Greenbelt; the Barton Hills neighborhood; the Barton Heights neighborhood (generally just thrown in with Zilker these days, but still); Barton Creek Square mall; etc.

(That said, I’m curious if the idea of renaming Bouldin is being discussed on the BCNA listserv. At least on that list there was some controversy over giving me the boot – instead of the almost instantaneous boot I got from Lorraine off the ZNA list – and despite what I’m guessing were Cory Walton’s fondest wishes, he couldn’t get away with it until after I’d moved out of the neighborhood (and Austin) entirely. Jack, weren’t you on there at one point?)

While we’re at it, we’d presumably also need to rename anything named after, say, Thomas Jefferson. I can’t think of anything in the Zilker vicinity named after him, but Jefferson Square on 35th fits the bill. (At least I think it’s named after him and not Jefferson Davis…)

Is it possible the report was secretly meant to demonstrate the absurdity of it all?

@jackolbean the requirement to have some substance to a response is one of the many ways this software tries to encourage a community of enriched discourse.