…and, by association, the ZNA. 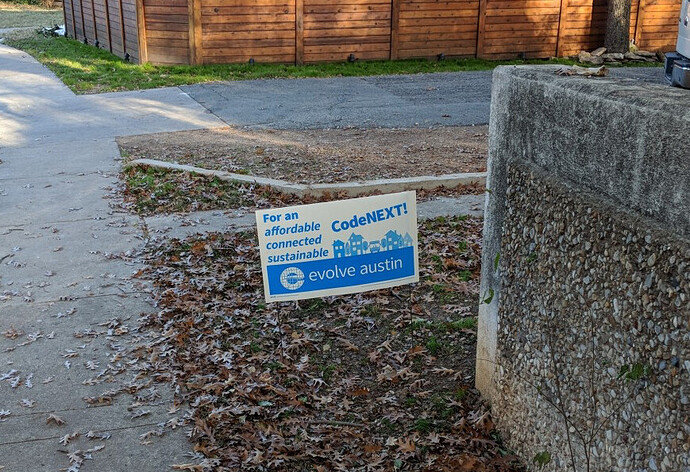 Is CodeNEXT changing what it means to be a liberal?

Ever since I started covering City Hall three years ago, I’ve heard from urbanists who have grumbled that Austin’s liberal establishment is in fact illiberal due to their support for ex…

Here are some of the money quotes:

Ever since I started covering City Hall three years ago, I’ve heard from urbanists who have grumbled that Austin’s liberal establishment is in fact illiberal due to their support for exclusionary zoning policies that lead to sprawl, car dependency, inflated property values and economic/racial segregation. However, until recently I didn’t hear these views expressed publicly, at least not forcefully enough to cause discomfort within the liberal ecosystem…

CodeNEXT has changed that. While the anti-developer/pro-preservation sentiment emanating from a certain segment of the liberal community, is not new, what is new is the negative reaction that it is garnering from a big chunk of the progressive community … So far the mayor has been holding his fire. His people, both on and off the record, far less so. This is how Jim Wick, the mayor’s campaign manager, reacted to news that (indicted) Attorney General Ken Paxton was siding with preservationists in their lawsuit against the city Planning Commission:

I’ve pretty much had it with some so-called “progressives” conspiring with Republicans at the state level to achieve municipal policy goals in Austin. Every time they enable a GOP officeholder to shit on our city, that’s a stain I can’t abide.

Among the people who “liked” that post: Council Member Pio Renteria, a mayoral aide, two City Council aides, three Planning Commissioners (including Tom Nuckols, who tends to lean preservationist but is not anti-CodeNEXT), the editor-in-chief of the Chronicle, the executive director of Annie’s List …

Also notable is the shift in tone from the media. Chronicle Publisher Nick Barbaro is still in the preservationist camp, but none of his reporters are. It’s a credit to Barbaro as a publisher that his staff feels so comfortable expressing views that conflict with those of their boss. Michael King called Mary Ingle the ANC’s “chief NIMBYist,” and while Sarah Marloff has played it pretty straight in her reporting, but she regularly expresses frustration with preservationists on the old Twitter machine.

I feel like I’m witnessing an awakening among a certain segment of Austin progressives that will have a lasting impact on city politics, similar to the big changes brought a generation ago by those who now dominate the preservationist camp: David Butts, Bill Bunch, Brigid Shea, Jackie Goodman etc. Those folks were dyed-in-the-wool liberals and environmentalists who were frustrated to see what was supposedly a liberal city run by a bunch of old-school conservative Democrats and business interests. They took down the establishment and transformed city politics permanently by shifting power to neighborhood associations.

Now, the urbanist camp views the liberals of yore as conservatives who aren’t willing to do what is needed to advance economic and environmental justice in the 21st century. It will be interesting to see how this plays out in the long-term, but in the short-term, things could get really nasty.