Thought-provoking article in the new issue of Austin Monthly, one that makes some excellent points (a few of them directly relative to comments made on the recent neighborhood plan thread). Here are a few highlights:

In Austin it’s common to hear homeowners complain that a new development in their neighborhood will lead to higher property values (and therefore raise their taxes). Many say that rising property taxes will eventually force them to sell their homes and move to a cheaper part of town, or to leave town altogether. The financial and emotional pain that many homeowners face due to the capital city’s bonkers real estate market is hardly trifling. There are few things more tragic than somebody being forced to leave a beloved home because they can no longer afford it.

Here’s one thing that is more tragic: renters who can no longer afford to live in Austin. Unlike the 45 percent of Austinites who own homes, the majority who rent do not get a big, fat check when they’re forced to relocate… Austin renters are a more disadvantaged group in just about every way than homeowners. Their median income is much lower ($40,000 vs. $86,000) and they are far more likely to be minorities. And yet, even in purportedly progressive Austin, local elected officials seem to believe that homeowners don’t enjoy enough advantages over their poorer neighbors in the rental market.

In June, for the third time in as many years, the Austin City Council increased the homestead exemption, which allows homeowners to exempt a certain percentage of their property value from property taxes. Twice, the council has increased the exemption by 2 percent. The exemption now stands at 10 percent, but Mayor Steve Adler has said he wants to eventually get it to 20 percent. The exemption only applies to owner-occupied homes. It does not apply to commercial properties. As a result, the homestead exemption shifts some of the tax burden from homeowners to commercial properties. What does that have to do with renters? Well, every renter lives in a commercial property.

The homestead exemption is one of the most regressive tax policies imaginable. It’s far more regressive than the tax bill that President Trump signed into law last December. While the great majority of the tax savings from that bill will go to the well-to-do, at least poor and working class people got a small cut as well (at least those who don’t live in blue states). In contrast, the vast majority of poor and working-class Austinites get nothing from the homestead exemption simply because they don’t own property. 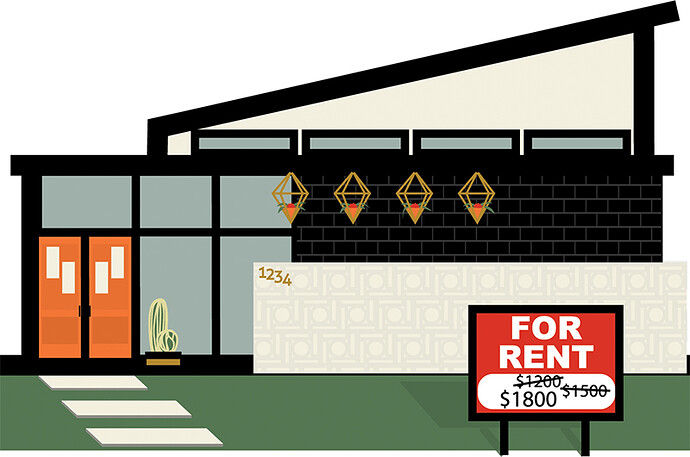 Renters vs. Homeowners: Who's Really In Need of Help? - Austin Monthly Magazine

How City Council handles issues of homeowners and renters.

thanks for posting Jeff…

My family moved into a rental in Zilker in summer 2012. We tried to buy, made three offers that were thwarted by cash buyers, then decide to take a break and lick our wounds. In the six months that we stepped back prices rose so much that we could no longer afford to buy in the neighborhood we had come to love. We’ve continue to rent, made great friends on our street, become very involved at the school and in our community. It makes us SO sad that we will likely never own a house in this neighborhood. Once our youngest finishes at Zilker, we’ll probably move. We pay more in rent here than we did in NYC. The struggle is real.

if we didn’t buy in summer 2011, we could never have afforded it. It took off like a rocket ship after that. Sorry to see you go…hope you find a way to stay.